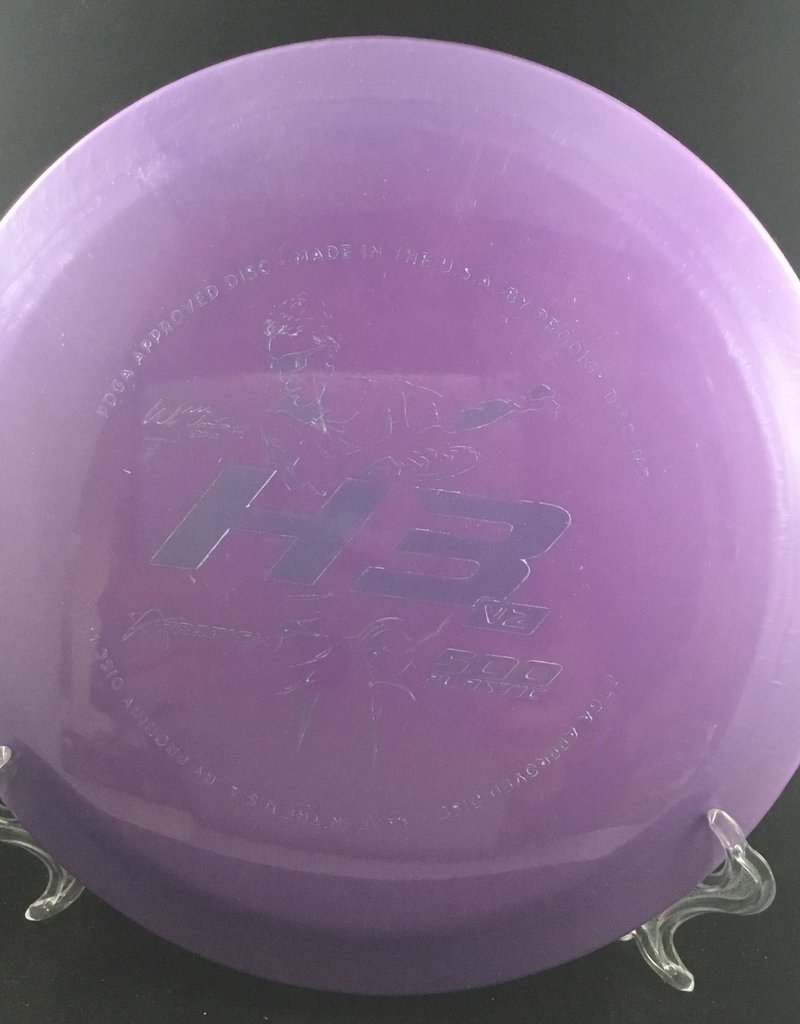 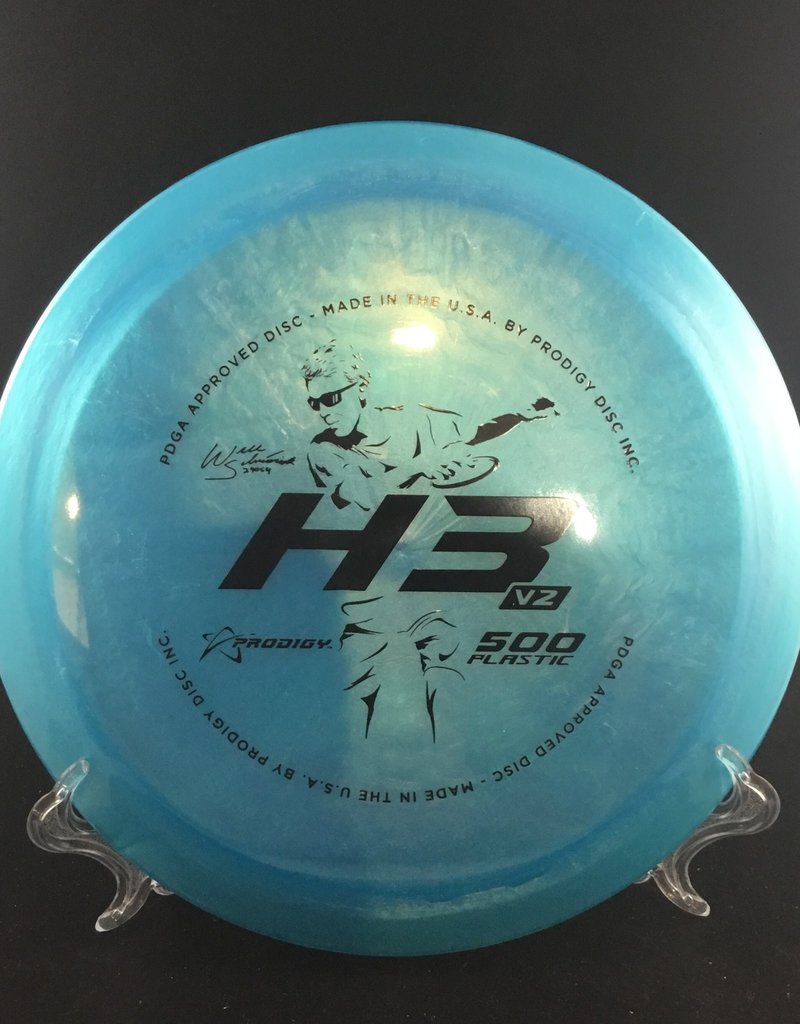 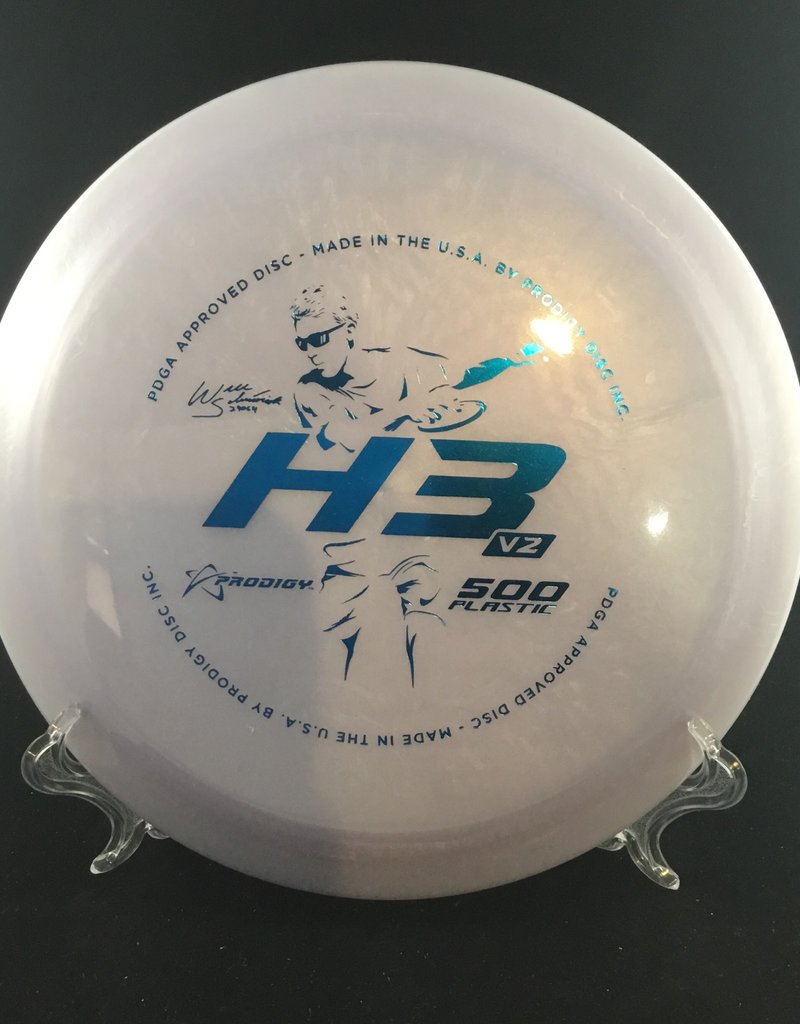 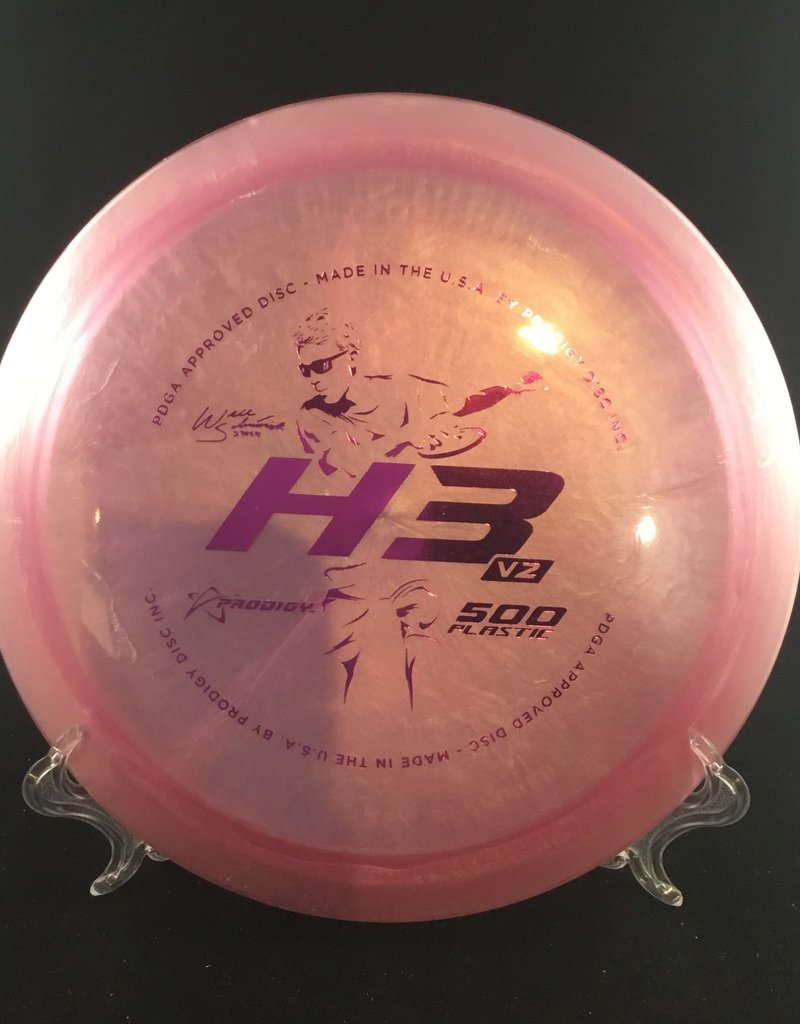 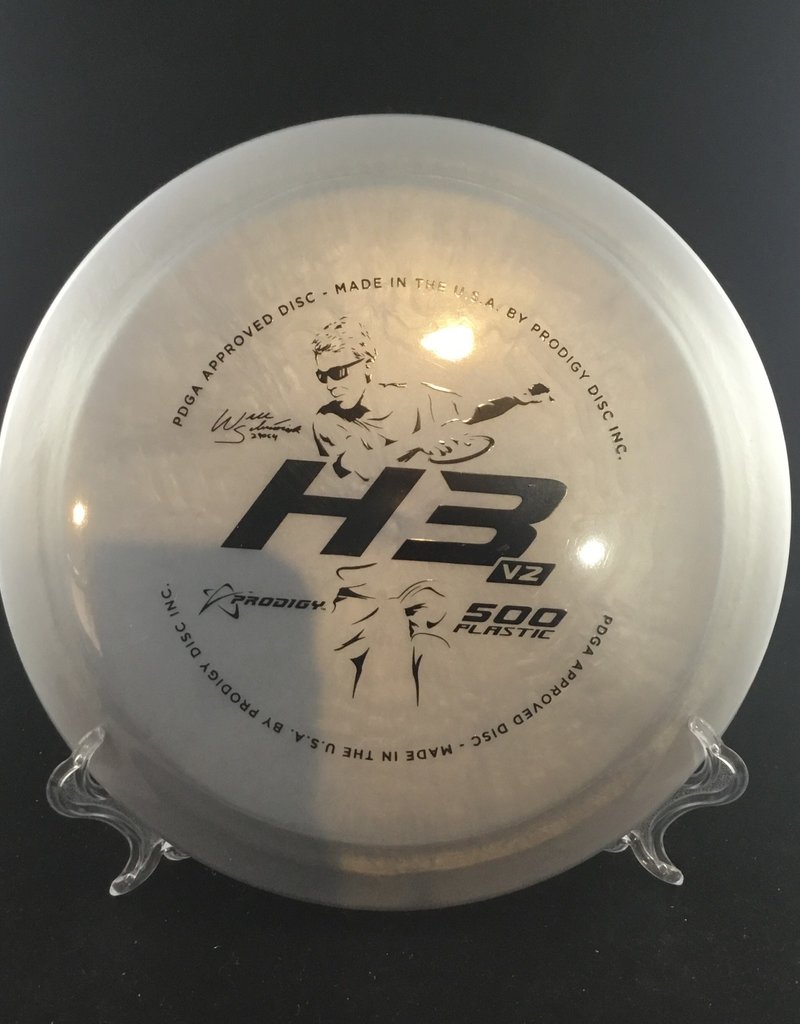 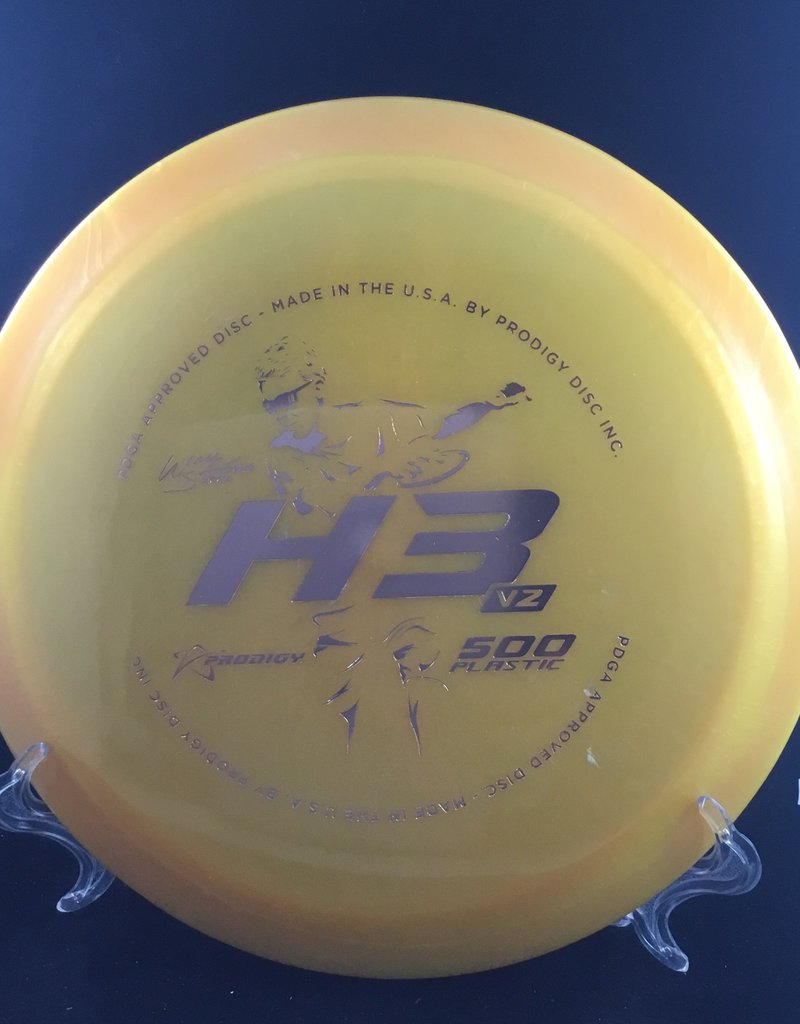 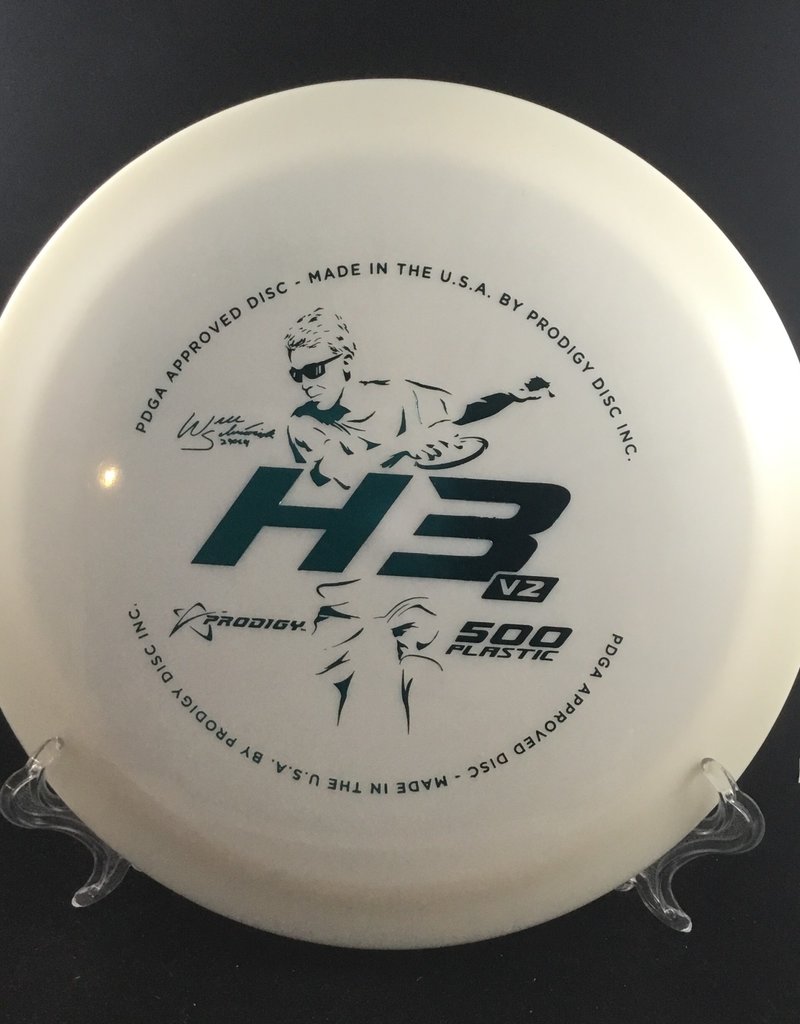 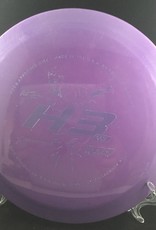 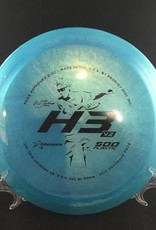 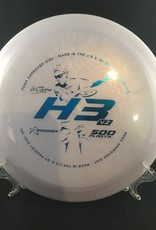 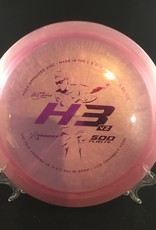 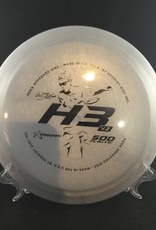 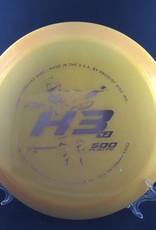 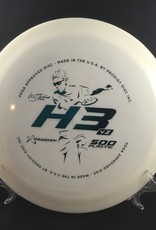 When the H3 V2 first released, we told you Will Schusterick found love at first throw, and their relationship has only blossomed since. As one of the sport's best throwers, Will has given countless clinics, and with an H3 V2 in his hand, it's time to take notes. It has kept a go-to spot in the 3-time US Champion's bag with its great combination of speed, glide, and comfort in the hand. It has a stable to slightly overstable flight, allowing for incredible control at various release angles, including the long hyzerflips Will loves to throw. Support Will Schusterick directly with one of his 2020 Signature Series H3 V2s in 500 Plastic.

The Prodigy Disc H3 V2 Hybrid Driver has been built upon the characteristics of the original H3 to create an improved and superior disc. Like the original H3, the H3 V2 is stable to slightly over stable, depending on the thrower's power. The H3 V2 sports an upgraded shape from the original H3, with a slightly shallower rim depth, offering an easier grip, and an updated outside rim that allows for a consistent, yet faster flight with more glide. This allows the player to gain more distance, while maintaining dependability and a slightly over stable finish. The H3 V2 can handle any condition thrown its way, and is an excellent choice for backhand and side arm throwers alike.

500 Plastic has been in development for quite some time, formulated and based on carefully considered player feedback. It has a stiffer, less gummy feel than 400 Plastic. This provides an extremely confident grip on the flight plate, balancing just the right amount of flex and firmness, with a very solid feeling rim that we believe disc golfers are going to love. 500 Plastic has a uniquely pearlescent finish, unlike anything else in the Prodigy Disc plastic line.