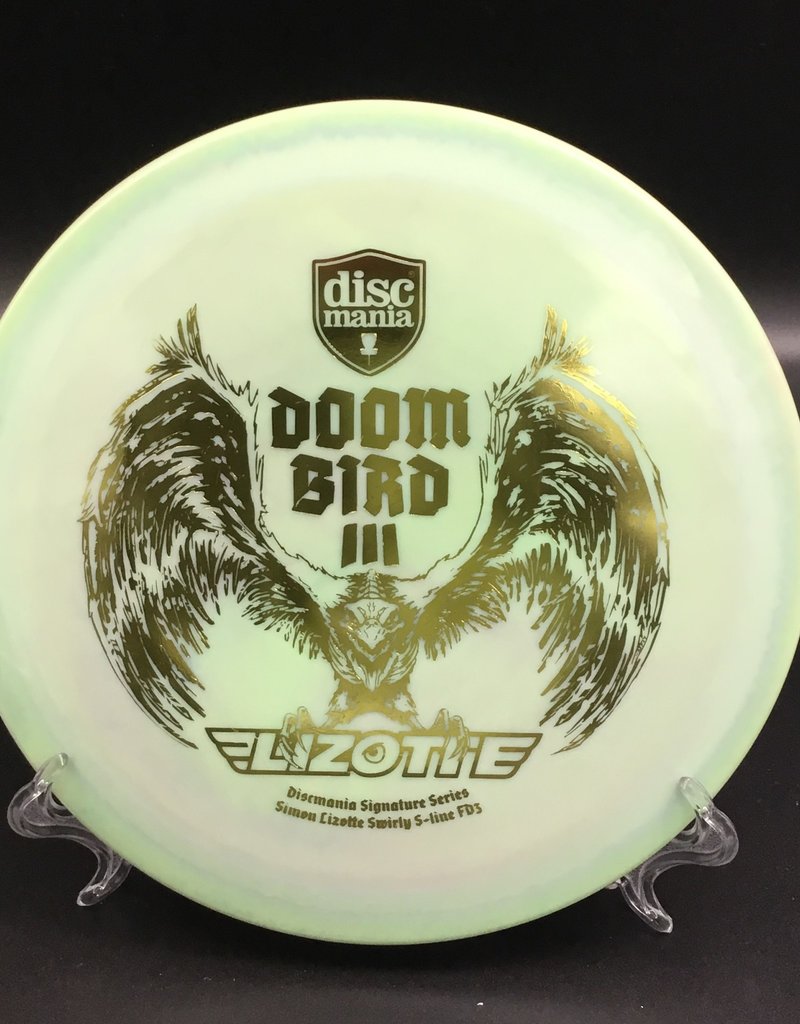 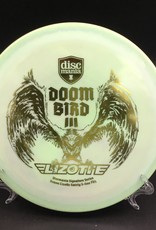 Ravenously waiting for the perfect time to strike, the third incarnation of the creature of doom has arrived. Soaring on wings of terror the Doom Bird III is here to spell downfall and defeat for any and all who dare oppose it on the course.

Tooled to the high stability standards of touring pro Simon Lizotte, the Doom Bird III offers an overstable flight that can be depended on in all situations. Capable of handling power flicks and offering a reliably overstable fade, the Doom Bird III is a fairway driver that can be utilized for a variety of different shots. Throw it flat for a straight to fade shot or on a big anhyzer to utilize the full flight of the disc. The stability provided by the Doom Bird III also helps players feel maximum confidence in hyzer shots with a fade that brings consistency and control.

This run of Doom Bird III run has more give and flex compared to previous runs making this run easier to grip and achieves an overall more comfortable feel in the hand. Compared to the Doom Bird II the Doom Bird III offers the same great stability with a touch more glide making this the perfect FD3 for anyone whose already a fan or interested in trying an FD3 for the first time.

Each disc sold benefits Simon in his touring efforts across the globe!