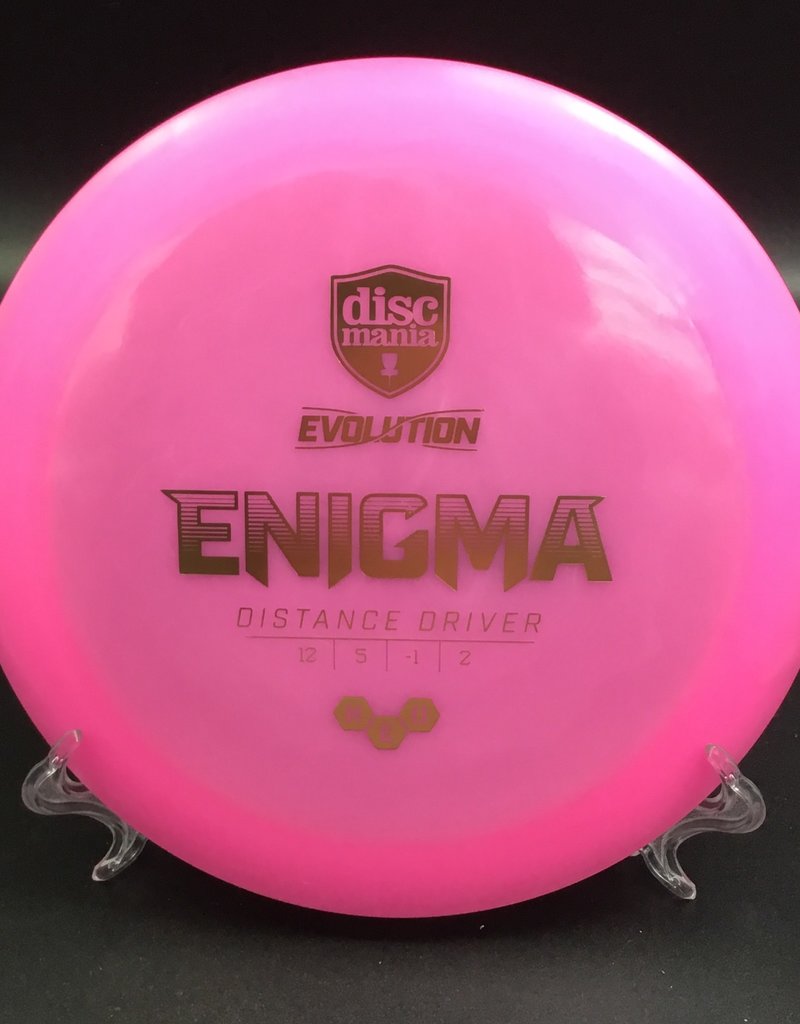 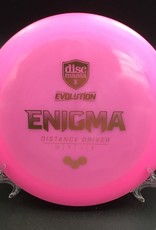 While pondering the potential of massive drives and easily controllable distance two key flight components came to mind, 1) enough turn to maximize distance and 2) enough stability to grant control. These two components needed for incredible distance have inexplicably combined to create a distance driver that reaches new distances, the Enigma.

The Enigma helps players reach incredible distances with a flight pattern designed to carry easily as it soars down the fairway. Molded to combine a high speed turn with a long distance fade, both experienced players and relatively new players will be able to utilize the Enigma to its fullest potential. The Enigma glides with turn at the start of its flight while its stability gradually takes over, keeping the disc airborne as it transitions into a fade for the finish of the flight. This level of understability to stability allows players to hit any number of lines depending on the angle of release. Use the Enigma for hyzers or anhyzers and add new distances to any shot in your bag.

Pick up your Enigma from Discmania.net or a Discmania Dealer near you and leave yourself puzzling one thing… how far will you throw it next?

Neo - Semi-translucent, premium plastic. Not only great looking but also the most durable and rigid Evolution line plastic! Still has some flex to it, and thanks to the special finish it offers an awesome grip. Evolution line discs are typically the most overstable in Neo plastic.